Guilty at Gunpoint: How the Government Framed Me
Crime and Corruption in the Department of Justice, the FDA and the Big Pharma. Launch Jan 1, 2019
Prison Torture in America
Shocking Tales from the Inside. Launch Jan 1, 2019
The Seduction of Religion
An Illuminating and Provocative Guide to the Religions of the World. Launch Jan 1, 2018
DISCOVERING OUR WORLD
Subtitle: Humanity's Epic Journey from Myth to Knowledge.
The official release date to book stores and libraries in english speaking countires is set for April 1, 2015, spring book catalogue
The Great Illusion
The Myth of Free Will, Consciousness and the Self
(launched: April 1, 2016)
The Seduction of Religion
The Seduction of Religion
(Launch: Dec 26, 2017)
45 YEARS OF GAUTAMA
Subtitle: A Religion for the Next Millennium
(Launch: Jan 1, 2018)
MEMOIRS
Autobiography (Launch: Sept 1, 2020) 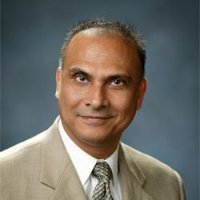 Paul Singh is a biochemist, mathematician, surgeon-physician, and a urogynecologist. He is a scholar of eastern and western intellectual traditions. He currently serves as a professor of Obstetrics and Gynecology in the College of Medicine at the University of Science, Arts and Technology at Montserrat, British West Indies.

Dr Singh's lifelong passion is to bring about science literacy to public for the benefit of all humanity and to alleviate suffering through humanitarian projects to reduce the pain caused by poverty, disease and incurable illnesses. As a writer, he is interested in investigating everything as reflected in his books that are on a wide variety of unrelated topics in science, philosophy, religion, politics, economics, law, social justice and the government.

Paul Singh hopes to bring to the public attention causes of human social behaviors through his writings, causes which most scientists believe the public cannot handle. They believe the public should be insulated against any detailed understanding of such truths. Other scientists fear backlash, rejection or repercussions. The author has remarked, "Imagine if Charles Darwin worried so much about his unsavory theory that he decided to hold it back, one of the greatest truths our world has ever known". " He further states, that, "such truths may appear to be quite disturbing at first, but they are indeed very liberating for mankind once fully comprehended in their entirety".

Paul Singh is the founder president of Singh Global Initiatives, a philanthropic organization and a 501 (c) (3) public charity. All humanitarian projects around the world are operated by volunteers under the umbrella of Singh Global Initiatives, making health and science education accessible to all. Among these projects is a Pediatric Sleep Disorders Foundation. The foundation provides free medical advice and support to children around the world who suffer from narcolepsy and other incurable sleep related neurological disorders.

He studied Obstetrics and Gynecology at Seton Hall University in New Jersey and at the State University of New York Affiliate, Brookdale University Hospital and Medical Center. In 2000, he traveled to California to finish his post-doctoral studies including Chief residency in Obstetrics and Gynecology at Kern Medical Center, a UCLA residency program. He went on to specialize in Urogynecology and Female Pelvic Reconstructive Surgery. Throughout his early medical career, Paul Singh did research projects and fellowships at Cornell, Yale and Sloan Kettering Cancer Center.

During his medical career , Singh has received several honors and awards for excellence in Science from various institutions, such as the Pew Foundation, College of Mount Saint Vincent, New York City and the Kern Medical Center in California. He lives in Menlo Park, California with his wife and three children.